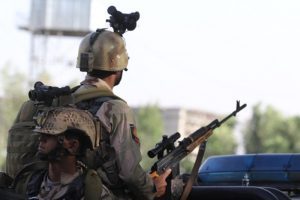 The Afghan security forces have repulsed a coordianted attack by the Taliban insurgents on a police academy in Maidan Wardak province of Afghanistan, like reported by khaama.com.

According to the local officials, the Taliban insurgents launched a coordinated attack on the police academy in Syedabad district late on Tuesday night.

He said the Afghan forces repulsed the attack, inflicting heavy casualties to the assailants.

In the meantime, the security officials are saying that 15 Taliban insurgents including some suicide bombers were killed during the clashes.

The officials are saying that the security forces did not suffer any casualties.

Maidan Wardak is among the relatively volatile provinces in central parts of the country, located close to capital Kabul.

The anti-government armed militants are actively operating in its various districts and often carry out insurgency activities, mainly in the districts lying along the highway connecting Kabul with the southeastern and southern provinces.