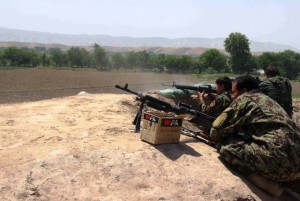 Clash between security forces and Taliban militants have claimed the lives of 28 people including a civilian in the western Herat and Farah provinces since Thursday night, officials said on Friday.

In the lastest fighting, which occurred in Herat province, with Herat city as its capital, 11 people including 10 insurgents were killed, police said.

No security personnel has been harmed in the clash which is still continuing, the official added.

“Security force targeted the hideouts of armed enemies in Balablock district on Thursday night and killed 17 rebels on the spot, besides injuring six others,” Rahmani told reporters.