You are here: Home / West Asia / Afghanistan: clash between Taliban and Daesh fighters 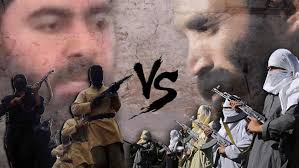 In the latest clashes among Taliban and Daesh fighters in Nangarhar province, eight fighters from both sides were killed and two others injured yesterday.

The clashes happened in Dehbala district while Daesh fighters attacked on a group of Taliban.

Hazrat Hosain Mashriqiwal police spokesman of the province told BNA, in the clash, six Daesh fighters and two Taliban lost their lives and two other Taliban were injured.

The Clashes among Daesh and Taliban have arisen in different parts of the country especially in Zabul and Nangarhar province that hundreds fighters from the both sides were killed and injured.