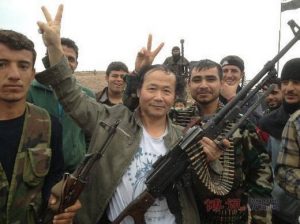 An Afghan official says a Chinese and three Uzbek militants have been killed in an air raid against the Islamic State group in northern Jowzjan province earlier this week, like reported by foxnews.com.

The airstrikes were part of a joint operation with the U.S.-led coalition.

The provincial police chief, Faqir Mohammad Jowzjani, said on Thursday the airstrikes killed 25 IS fighters, including one Chinese national and three nationals from neighboring Uzbekistan.

He says IS has become prominent in Darzab district, where the airstrikes took place, and also in Kush Tepa district.

IS emerged in Afghanistan in 2014, mostly from the ranks of disgruntled Taliban, but has been increasingly active in the country’s north, numbering in the thousands.

Among the militants are many Uzbek nationals, formerly members of the Islamic Movement of Uzbekistan militant group.