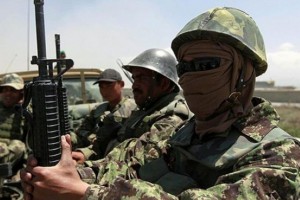 Three Taliban militants were killed and 12 others detained after Afghan Special Operation Forces launched a raid against a militants’ hideout in northern Kunduz province of Afghanistan on Friday night, a military statement said on Saturday.

“The raid was conducted in surrounding areas of Archi district. The detainees were shifted to an army camp and would be handed over the concerned authorities for questioning,” Afghan army’s 209 Shaheen Corps based at the region said in the statement.

The province bordering Tajikistan has been the scene of sporadic clashes between security forces and Taliban militants over the past couple of months.

The Afghan security forces have beefed up security operations against militants since April after Taliban militants started their so-called annual spring offensive and stepped up attacks across the country.

The militant groups have yet to make comments.