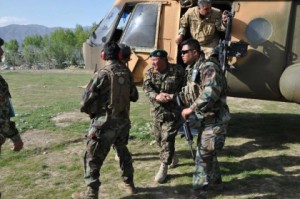 During capturing of Char-Dara district of Kunduz province 85 rebels was killed and 15 others wounded yesterday.
Joint cleansing operation of security forces launched in Chardara district of Kunduz yesterday morning the district was captured by Afghan security forces.
According to the reports of public affairs department of Shaheen 209 Army Unite stated in Kunduz during the operation 85 armed insurgents lost their lives and 15 others wounded.
Presently, Afghan security forces are trying to clean the different parts of the district from presence of insurgents.