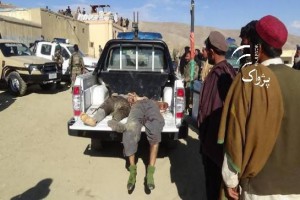 At least eight Daesh militants have been killed during a US drone strike in eastern Nangarhar province, police said on Tuesday.

The drone struck a vehicle carrying the rebels in the Khwargai locality of Kot district on Monday night, the provincial police spokesman said.

Lt. Col. Hazrat Hussain Mashriqiwal told Pajhwok Afghan News a foreigner was among the dead militants. However, he did not give the foreigner’s nationality.

A resident of Khwargai area, Sangar Khan, said the foreign forces attacked the Islamic State (IS) rebels. But he did not have more details of the incident.

There has been no word yet from the IS about the casualties.