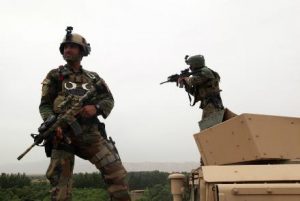 At least 76 Taliban insurgents were killed in a five-day military operation conducted by the Afghan National Army Commando Corps in Kunduz province, spokesman of the corps Jawed Salim said, like reported by tolonews.com.

Dozens of other militants were wounded in the military operation, he said in a statement released on Monday.

The military operation was started in Imam Sahib district five days ago to clear the areas of insurgents, Salim said.

He added that a number of the villages were cleared of militants and the operation ended early on Monday morning.

“An officer was also killed and two commandos were wounded during the operation,” he said.

He did not provide further details. Taliban has not yet commented on the report.