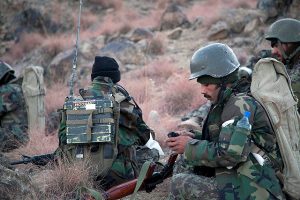 At least seven Pakistani militants were killed and eight others were wounded during the operations in eastern Kunar province of Afghanistan, like reported by khaama.com.

The 201st Silab Corps of the Afghan Military in the East said the militants were killed or wounded in Nari district.

The source further added that the Afghan national army, Afghan national police, and the National Directorate of Security operatives conducted joint operations in Do Kalam area of the district.

According to Silab, the operations were launched on Thursday and are still being conducted to suppress the militants.

The armed forces also receiving air and artillery support during the operations, the 201st Silab Corps of the Afghan Military added.

The security situation in eastern Kunar province has started to deteriorate sharply during the recent months amid growing insurgency activities by the Taliban and ISIS militants.

The anti-government armed militants continuously attempt to expand their foothold in this province amid ongoing military operations and airstrikes.

The US forces based in Afghanistan also conduct airstrike against the ISIS and militants affiliated with the other groups in a bid to suppress the militants from expanding foothold in this province.