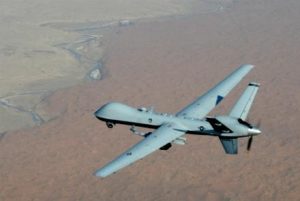 At least six Taliban insurgents were killed when a drone, controlled by foreign troops, struck their vehicles in western Farah province on Wednesday afternoon, security officials said like reported by tolonews.com.

The strike took place after the drone targeted two vehicles of the Taliban insurgents on the Pesht Road of the province, officials said.

The officials did not provide further details.

The attack comes after, dozens foreign troops recently deployed in the province after security situation worsened.

The Taliban have not yet commented on the attack.