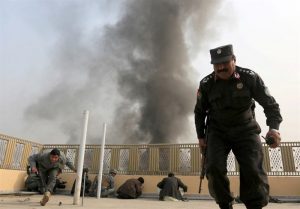 At least six policemen were killed and five others were wounded in a Taliban attack in eastern Nangarhar on Tuesday, the provincial governor said in a statement on Wednesday, like reported by tolonews.com.

The clashes took place in Pachiragam district of the province after the Taliban attacked security checkpoints, the statement said, adding that “three Taliban were also killed and two others were wounded in the attack.”

The Taliban was pushed back by the security forces, the statement said.

However, the Taliban hast not yet commented on the attack.