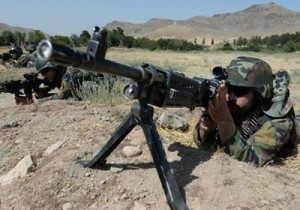 At least 51 insurgents have been killed in a series of coordinated operations over the past 24 hours by the Afghan National Security Forces (ANSF), the Ministry of Interior (MoI) said in a statement on Sunday.

In addition, 15 insurgents were injured and one was arrested.

“During the same 24 hour period, Afghan National Police discovered and defused 23 different types of IEDs placed by enemies of Afghanistan for destructive activities in Kandahar, Uruzgan, Ghazni, Khost and Paktika provinces,” it said.

The MoI, however, did not comment on whether any security force members were injured during the operations.