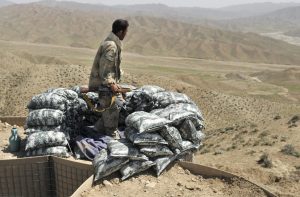 Five Border Policemen have been killed in the Imam Sahib district of northern Kunduz province, according to a well-place security source on Friday.

Security personnel suffered casualties in the Taliban attack in the Chahal Kapi locality on Thursday night, according to the source. Provincial Council Chief Mohammad Yousuf Ayubi said five policemen were killed and two other injured in the attack.

This area is closed to Sher Khan Port, policemen have been killed there and this incident is a threat to the port. Taliban Spokesperson Zabihullah Mujahid claimed credit for the attack saying one Taliban and 13 policemen were killed in the attack.

He claimed the Taliban recovered a huge cache of weapon from police.