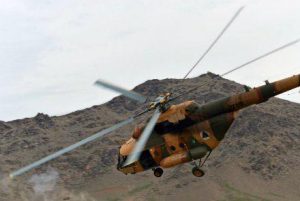 At least 31 insurgents including Daesh militants were killed in the past 24 hours during Afghan forces ground and air strikes in different parts of the country, the Ministry of Defense said according to tolonews.com.

The MoD said at least 13 airstrikes were carried out across the country to target insurgent hideouts.

According to the ministry, at least 31 insurgents were killed and 17 others wounded. Two suspects were arrested, MoD said adding that among those killed were four Pakistani insurgents.

No more details were provided by the MoD and the Taliban has not commented about the operations.