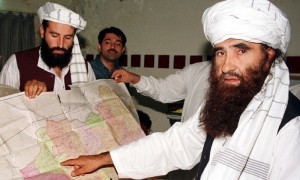 At least 31 terrorists belonging to the notorious Haqqani terrorist network have been arrested in Southeastern Khost province, like reported by khaama.com .

The Afghan Intelligence, National Directorate of Security (NDS), said the militants apprehended by the intelligence operatives, were operating in two different groups led by the terrorist network.

NDS further added that the militants were arrested during the two separate military operations.

According to NDS, the militants were involved in various terrorist activities in Khost province.

The network is accused of staging numerous cross-border attacks from their base in North Waziristan, including the 19-hour siege at the US Embassy in Kabul in September 2011.

It is considered the most lethal insurgent group targeting the NATO-led coalition security forces and Afghan personnel in Afghanistan.