You are here: Home / West Asia / Afghanistan: 30 soldiers killed by Taliban in Kandahar 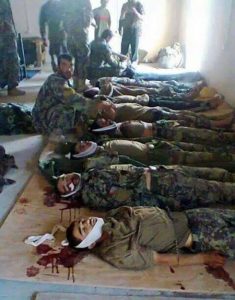 As many as 30 Afghan soldiers have been killed in an overnight attack in southern Kandahar province, a security source told 1TV Wednesday.

The attack happened on their base in Khakrez district around 1:30 a.m.

The tragedy comes amid stepped up insurgency from the Taliban. The militants took three districts different zones of the country, including Kohistan, Taywara and Janikheil.

The Interior Ministry announced Sunday that Kohistan was reclaimed by the Afghan forces.