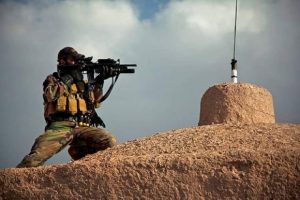 The Special Operations Corps in a statement an airstrike in Nahr-e Saraj district of Helmand province killed 7 terrorists, like reported by khaama.com.

The statement further added that the National Defense and Security Forces killed 4 terrorists and injured 7 others during a joint operation in Chahar Bolak district of Balkh.

According to Special Operations Corps, airstrikes in Posht-e Rod district of Farah province killed 4 terrorists and destroyed a vehicle.

The anti-government armed militants have not commented in this regard so far.