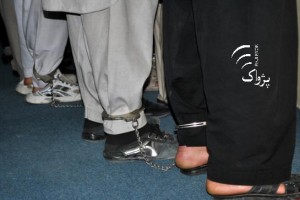 Three Iranian citizens have been arrested for committing terrorist acts in western Herat province, an official claimed on Wednesday, like reported by pajhwok.com.

Another Iranian detained a few days back was accused of helping the Taliban. After investigations, he alleged, it became clear the foreigners had a hand in a string of killings in Herat.

Khadim said the two foreigners, who introduced themselves as Afghans, confessed during interrogation they were Iranians. “Two of the detainees are accused of terrorism and the third of aiding insurgents.”

Iran was financing and equipping insurgents in Guzra district, he claimed. The Abdullah Akbari faction, a notorious anti-government group in Guzra, frequently took refuge in Iran, he said.

The official warned intelligence agencies of Iran and Pakistan to eschew aiding insurgent in Heart, as they would face shamefully fail in achieving their goals.

But Mahmood Afkhami, Iranian consul general in Herat, denied his country aided insurgents in Afghanistan. Iranian authorities condemned terrorists, no matter where they came from, he remarked.

“Anyone, hailing from any country, should be punished and tried according to Afghanistan’s Constitution for committing terrorist activities,” the diplomat said.

He said Iran supported peace and stability in Afghanistan and had never tolerated attempts at disrupting security in the neighbouring country.