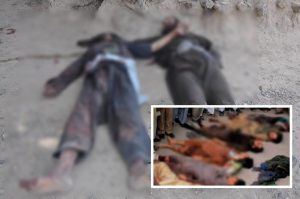 At least 29 Taliban militants were killed or wounded in separate incidents in the North-western Badghis province of Afghanistan, the Ministry of Defense (MoD) said according to khaama.com.

According to a statement released by MoD, the security forces conducted an operation against the Taliban militants who had blocked the Qads-Qala-e Naw highway.

The statement further added that the security forces killed 7 Taliban militants and wounded 11 others during the operation.

In a separate incident, at least 5 Taliban militants were killed and 6 others were wounded after an improvised explosive device went off prematurely in this province, the defense ministry added.

The Taliban group has not commented regarding the incident so far.