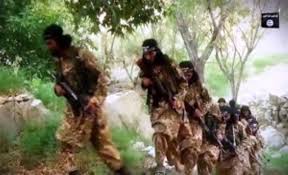 29 militants from the IS-Khorasan group which also goes by its Arabic name “Daesh” have been killed in military operations and an internal clash in eastern Nangarhar province.

A statement released by the police headquarters of Nangarhar province states that 28 insurgents were killed in airstrikes and mortar fire in Achin District, a stronghold of the group in the strategically important eastern province, Wednesday afternoon.

Colonel Hazrat Hussain Mashriqiwal, spokesman for Nangarhar police further writes in the press release that eight other militants wounded in the attacks.

Meanwhile, a clash has erupted among militants in Wawishtama Wyala area of Ghanikhil District leaving one of them killed.

The press release further states that a Pakistani citizen was arrested during a separate operation in Behsood District who did not have documents to enter Afghanistan. The man identified as Tasbihullah a resident of Pakistan’s Mohmand Agency is under further investigation.