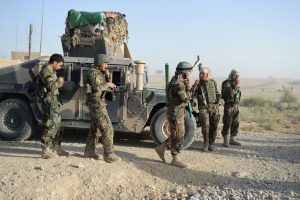 As many as 25 Daesh militants have been killed in Afghanistan’s eastern Nangarhar province, officials said according to 1tvnews.af.

The insurgents were killed during ground and air raids in Achin and Haska Mina districts, the provincial governor’s office said in a statement.

The deaths included also a judge and a commander of the group, who were killed along with 21 others in Bandar area of Achin district, the statement said.

The raid in Haska Mina involved a drone which killed two militants in Angor Qala area, according to the statement.

Meanwhile, local officials in Nangarhar said that 14 Daesh and five Taliban militants were arrested in operations by NDS forces in different parts of the province.

In a separate incident, three Taliban militants including commander were killed when bomb in a vehicle belonging to the commander exploded in Khogyani district of Nangarhar on Thursday, officials said.