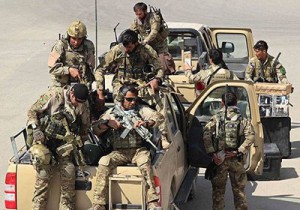 At least 22 Taliban insurgents have been killed in ongoing military operations in northern Sar-e-Pul province, local officials said on Tuesday.

In addition, 30 other insurgents have been injured.

The operation was launched five days ago in a number of villages in the province to clear insurgents. During the operation Sartakhta village, which was under the control of insurgents for a few years, has been re-taken by the security forces, Provincial Police Chief Abdul Qayoum Baqizoy said.

“Two residents of Sar-e-Pul – who supported the security forces during the operation – were killed and two policemen were injured,” he said.

However, he did not provide more details about the operation.

The Taliban has not yet commented about the operation.