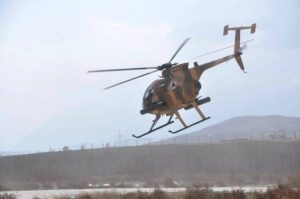 At least twenty two militants were killed in a series of airstrikes conducted in southern Helmand and Uruzgan provinces of Afghanistan, like reported by khaama.com.

The Ministry of Defense of Afghanistan (MoD) said Sunday that the airstrikes were carried out in the past 24 hours.

According to a statement by MoD, at least 15 militants were killed in the airstrikes conducted in Khas Uruzgan district of Uruzgan province.

The statement further added that sixteen militants were also wounded and three vehicles, two motorcycles, and some weapons were destroyed during the same airstrikes.

In the meantime, at least seven militants were killed during the similar airstrikes conducted in Nad-e-Ali, Greshk, and Garamser district, MoD said.

At least six militants were killed and two of the hideouts of the militants along with two vehicles were also desroyed during the airstrikes.

The anti-government armed militant and terrorist groups including the Taliban insurgents have not commented regarding the report o far.

Both Helmand and Uruzgan provinces are among the volatile provinces in South of Afghanistan where the anti-government armed militant groups are actively operating in a number of its districts and often carry out insurgency activities.

The Afghan national defense and security forces are also busy conducting counter-terrorism operations in the two provinces along with the other restive provinces in a bid to suppress the insurgency activities of the militant and terrorist groups.