You are here: Home / West Asia / Afghanistan: 2 Taliban militants kill 14 of their comrades in Kunduz province 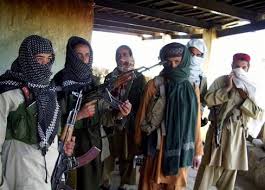 In an apparent insider attack, two Taliban militants have shot dead fourteen of their comrades in northern Kunduz province of Afghanistan.

Hussaini further added that the gunmen also handed over weapons belonging to the slian militants.

The main motive behind the incident has not been ascertained so far with the Taliban group yet to comment regarding the incident.

Kunduz is among the relatively volatile provinces in northern Afghanistan where anti-government armed militant groups are actively operting and frequently carry out insurgency activities.

This is the first of its kind attack carried out by the Taliban militants on their comrades which comes amid growing rift among the Taliban leadership regarding the appointment of Mullah Akhtar Mansoor as the new Taliban group leader.

This comes as at least fifteen Taliban militants were killed during a gun battle between the two rival groups divided on the appointment of Mullah Akhtar Mansoor in Shindand district of Herat province last month.

Monday’s incident was the third infighting between the Taliban militants over the appointment of Mullah Mansoor as the successor of Mullah Mohammad Omar who was announced dead nearly two months ago.

At least 9 Taliban insurgents including the group’s senior commander were killed during the first infighting in Herat province earlier last month.