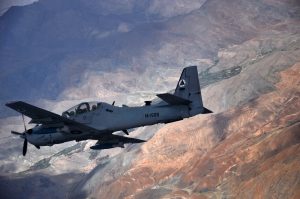 Two ISIS senior commanders were killed in an air strike of Afghan Security Forces in east of country.

The raid carried out on ISIS hideout in Soki district, four other ISIS fighters were also killed.

Selab army corps medias office in east of country with releasing a statement said, six ISIS including two commanders of this group were killed in the raid.
Qari Zahir Ghani responsible for ISIS prisons in Kunar were among the dead.

Another report says, an ISIS fighter was surrendered to security troops in Kunar.

The insurgent were targeted last night in Dar-e-Dewagul region, and surrendered with other two fighters to security forces.