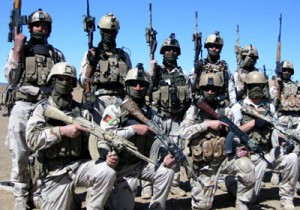 At least 18 Taliban insurgents were killed and four others injured in a military operation in northern Kunduz province, local officials said on Monday to ToloNews.

Provincial Police Chief, Gen. Abdul Basir Nasrati has said that the operation still continues in the province and to date 10 villages – in the Imam Sahib and Chardara districts – have been cleared of insurgents.

“Clashes still continue in Chardara and Imam Shaib districts in which 14 Taliban insurgents – including their commander Mullah Sherzai Gojar – were killed in Imam Sahib. Four others were killed in Chardara,” he said.

The operation comes after hundreds of Taliban insurgents carried out an attack on security forces in Ali Abad, Imam Sahib, Qal-e-Zal, Dasht-e-Archi districts and Gor Tepa in Kunduz City over the past 10 days.

The clashes have resulted in more than 2,000 families being displaced from their homes in the past week due to fighting.

Earlier concerns were raised that Kunduz would possibly fall into the hands of the Taliban after scores of insurgents attacked the province in their annual spring offensive about 10 days ago.

But officials from the Defense Ministry (MoD) eased fears and assured the nation that neither Kunduz nor any other province in the country was on the verge of collapse.

Reinforcement troops were however deployed to the province to support the local security force members, said officials.