You are here: Home / West Asia / Afghanistan, 17 Taliban insurgents killed in US drone attack in Nangarhar 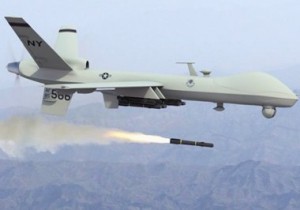 At least 17 Taliban insurgents, including their commander, were killed in a U.S drone attack in eastern Nangarhar province late Monday, local officials said to ToloNews.

The strike took place in Mohmand Dara district of the province where a group of insurgents had gathered, head of the Media Office of the Police in Nangarhar, Hazrat Hussian Mashriqiwal said.

“A Taliban commander named Mullah Daoud is among the dead,” he said.

The Taliban has not yet commented on the attacks.