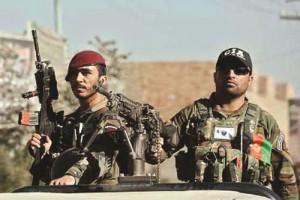 At least 17 insurgents were killed and 8 others injured during a series of coordinated operations over the past 24 hours by the Afghan National Security Forces (ANSF), the Ministry of Interior (MoI) said in a statement on Monday.

Two other insurgents were arrested during the operations, according to the statement.

The MoI, however, did not comment whether the security forces were harmed in the operations.