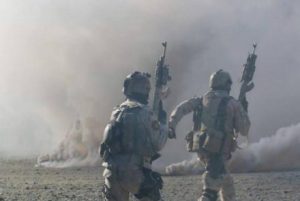 At least 15 Taliban insurgents were killed in an Afghan security forces operation in central Logar province on Sunday, local officials claimed according to tolonews.com.

In addition, 12 other insurgents were wounded.

The operation was launched in Barak-e-Barak district of the province after insurgents attacked the security check posts in the district, provincial police chief Esmatullah Alizai said.

However, he did not provide further details about the operation.

The Taliban has not yet commented over the incident.