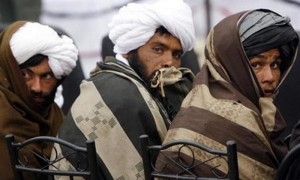 At least 15 foreigners including a woman and two children were arrested accused of Daesh memberships in Nangarhar province.

The people are residents of Tajikistan and Uzbekistan and were detained by Afghan National Army (ANA) forces in Ghazi Amanullah Khan Township, Torkham highway of the province late yesterday.

Mohammad Noman Atefi spokesman of ANA in the east of the country told BNA, the arrested people were riding a car wanted to go to Rodat district, where Daesh terrorist group has active role recently.
According to the reports, the detained people are under investigation.