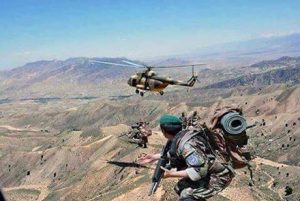 In addition, 20 other insurgents were wounded.

The clashes started on Sunday evening after Daesh insurgents attacked security check posts in Chawki district of the province, officials said, adding that “three policemen were also killed in the clashes and 13 others were wounded.”

They said that the clashes are still ongoing.

However, the officials did not provide further details about the clashes.