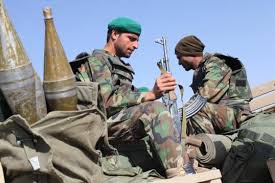 Fourteen Islamic State or Daesh militants have been killed and a dozen more wounded in latest airstrikes by the Afghan Air Force (AAF) in eastern Nangarhar province, the Ministry of Defence said on Friday.

A statement from the ministry said the airstrikes were carried out during the last 24 hours in the Achin district.

It claimed a large number of weapons belonging to Daesh fighters were also destroyed as a result of the airstrikes.

The group suffered heavy casualties this year after being consistently targeted by Afghan security forces in Nangarhar province.