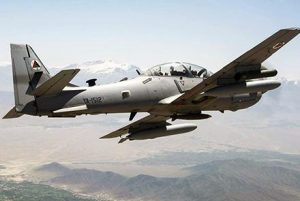 At least 11 Taliban were killed in an Afghan forces airstrike in northern Faryab province, 209 Shaheen Army Corps said in a statement on Monday, according to tolonews.com.

The airstrike took place in Qarma Qul district on Sunday, it said, adding that the Taliban camp was destroyed.

The statement did not provide further details.

The Taliban has not yet commented.