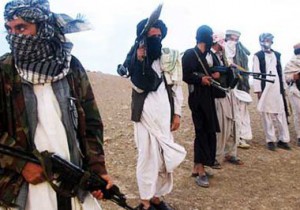 At least 10 Taliban insurgents, including their commander – an apparent Arab – were killed in clashes with security forces in western Farah province on Monday night, local officials said.

The clashes took place near a military base in Gulistan district of the province after Taliban insurgents attacked the military base, deputy spokesman for national army forces in Farah, Hanif Rezayee said.

“Their leader named Abu Zarifa which is an Arab is also among the dead,” he said.

Abu Zarif was from southern Helmand province and had hoped to take the capital of Gulistan district of the province, he added.