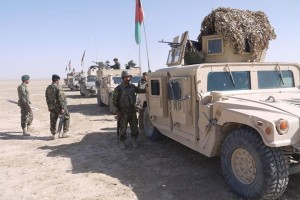 10 soldiers have embraced martyrdom and 53 militants killed in newest military operations across the country, Ministry of Defense announced on Tuesday morning.

According to the ministry the operations were carried by Afghan National Army, Afghan National Police and personnel from the National Directorate of Security (NDS) – Afghanistan’s intelligence agency in past 24 hours.

A Press release from the ministry states that 53 militants were killed, 57 wounded and three others detained during these operations.

10 soldiers from the Afghan National Army also lost lives during these operations.

This comes amid heavy clashes between security forces and Taliban militants in parts of the country. The clashes went harder after Taliban announced their ‘spring offensive’ in April.