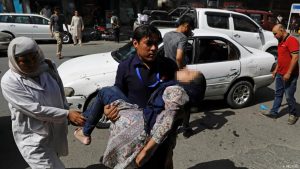 At least 10 people were killed and more than 40 others were wounded in a car bomb explosion in Afghanistan’s central Logar province on Thursday, its governor said on Friday, like reported by 1tvnews.af.

The blast happened near a security checkpoint at Sharwali Square in the provincial capital, Pul-i-Alam.

A statement from the Interior Ministry confirmed death of 9 people and wounding of 40 others in the incident. The deaths included six security forces and three civilians, it said.

The statement blamed the Taliban for the bombing which happened hours before a three-day Eid ceasefire began, but the group denied involvement.

The blast happened in District 12 of the provincial capital, also Herat.