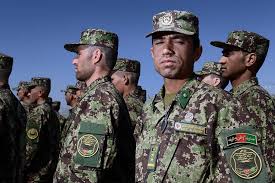 At least 10 militants have been killed and another 21 captured alive during separate operations in eastern Nangarhar and northern Balkh provinces, officials said on Wednesday.

A statement from the 201st Selab Military Corps in Nangarhar said security forces launched clearing operations in Rodat and Kot districts on Wednesday at 11am.

Four Daesh or Islamic State (IS) fighters were eliminated and a fifth captured alive and some weapons were recovered, the statement said, adding that civilians and the security forces suffered no casualties.

Separately, Six Taliban militants were killed and another 20 were apprehended in northern Balkh province, an official said.

He said militants had been receiving training at the centre before being sent to other parts of the province for terrorist attacks. Security forces also confiscated a large cache of weapons during the operation, Farhad added.