You are here: Home / West Asia / Afghan tribal feuds could lead some to join Islamic State 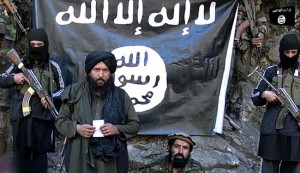 ISIL is becoming a security concern in Afghanistan because escalating tribal feuds could trigger some tribes to seek support from the terrorist group, former Interior Minister of Afghanistan Ali Jalali stated in a panel discussion.

“Although we can’t say ISIS is in Afghanistan, but there are opportunities. … Some tribes are hoping to be supported by ISIS,” Jalali stated at the United States Institute of Peace (USIP) on Tuesday.

US officials and Afghan leaders have turned to the country’s tribes in the past to fight the Taliban.

Jalali explained that if the internal tribal disputes persist, they could “create a new problem that is serious enough for the Taliban to write a letter to [ISIL leader] Baghdadi.”

The Afghan people who lost resources, he added, could also use the opportunity to obtain ISIL support as well as financially profit from joining it.

Ali Jalali served as Interior Minister of Afghanistan from January 2003 to September 2005. He currently is USIP’s Senior Expert on Afghanistan.