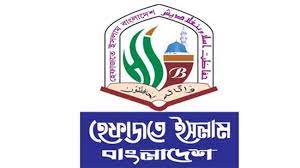 A militancy wing of pro-Caliphate Hefazat-e-Islam are being trained in Afghanistan under the coordination of Pakistani spy agency ISI. According to Bangladesh Police source, Hefazat has a wing called ‘Menhaji’ which comprises unknown number of jihadists who were trained in Afghanistan by the Afghan terrorist groups, like reported by weeklyblitz.net.

Meanwhile, an intelligence source said, since 1980s, hundreds of people from Bangladesh went to Afghanistan and Palestine to join Al Qaeda and Hamas for fighting against Soviet and Israeli army. Although there is no official record of the exact number of people who had gone to Afghanistan and Palestine, on their return majority of these people had joined militancy activities in Bangladesh.

According to media reports, a branch of Pakistan-based militancy outfit Hatkat-Ul-Jihad (HuJI) was established in Bangladesh in 1992, while Al Qaeda kingpin Osama Bin Laden had aided its formation. Announcing the formation of HuJI, Bangladesh’s Taliban and Palestinian supporting leaders including Mufti Izharul Islam Chowdhury proclaimed the existence of the organization in Bangladesh since “several years”.

Izhar was the founder of Jamiyatul Ulum al Islamia Madrasa, also known as Lalkhan Bazar Madrasa, which played the role of a breeding ground of the militants since early 1990s with the ultimate goal of setting up a Taliban state in Bangladesh.

For four decades now, Islamist militant leaders in Bangladesh have been brainwashing youths towards waging jihad in the country.

Bangladeshi intelligence agencies recently came to know of chat groups on Messenger that served as a network for circulation of extremist propaganda contents and planning militancy attacks.

M Asaduzzaman, DIG of Counter Terrorism and Transnational Crime (CTTC) unit of Bangladesh Police told reporters, “At least 10 chat groups titled “Science Project” had planned a “large-scale incident” in Bangladesh before they would abscond to Afghanistan”.

He said, most of the militant groups in Bangladesh claim their affiliation to Al Qaeda. Ansar Al Islam claims to be the sub-continental wing of Al Qaeda. They move to Afghanistan illegally, without passports and visas.

Three young men from Bangladesh have recently abandoned their home to take up the banner of Islamist terrorism in Afghanistan, according to officials of CTTC.

They include Abdur Razzak from Comilla and Shibbir Ahmed from Sylhet.

Razzak studied at a madrasa in Sylhet and worked as a driver, and his brother, Salman Khan, reported him missing to Sylhet police March 25. Rabiul has also reportedly left home of Noakhali to travel to Afghanistan, but the police have yet to confirm this.

Sajeeb Ikhtiar, 20, who was among four members of the Science Project group arrested on Saturday, had confessed that his friend Razzak had been eager to take him to Afghanistan before Eid.

During police questioning, the four confessed their accomplices had gone to Afghanistan via Chattogram [Chittagong] and that an individual named Abdullah from Sylhet had contacted them and told them to get their passports ready. Additional details about ‘Abdullah’ were not shared.

HuJI was the first organization to conduct militant activity in Bangladesh. It carried out its first bomb attack on a cultural festival of five-decade old organization Udichi, a secularist cultural front in Jessore on March 6, 1999, killing 10 and injuring over 100. From 1999 to 2005, it orchestrated 13 bomb and grenade attacks across the country, killing at least 103 and injuring over 700.

The most violent of these incidents was the grenade attack on a public rally joined by the then Leader of Opposition Sheikh Hasina On August 21 2004, leaving 22 people dead. The top leaders of HuJI were arrested in 2009 when the Awami League came to power.

Police officials say that the militants of that time would often travel to Afghanistan and Palestine because those who trained there were highly respected by their peers.

In the past decade, many also started to go to Syria with the rise of the Islamic State and some of them also died there.

HuJI has started showing inklings of activity once again. According to police source, members of this notorious militancy outfit harbor extremist views.

The DMP counterterror unit says it arrested three members of HuJI on March 4. They were identified as HuJI Operation Branch chief Md Mainul Islam aka Mahin aka Mithu aka Hassan, the organization’s ‘sheikh’ Sohan Shad aka Bara Abdullah and Murad Hossain Kabir. The counterterror unit says that Mainul Islam was giving jihadist indoctrination and training to children jihadi in a madrasa in Dhaka.

Militants play anti-India and anti-Israel card
For years, militancy outfits as well as Islamist political parties such as Jamaat-e-Islami and Bangladesh Nationalist Party (BNP) are playing anti-India card in mobilizing people against Awami League and secularist forces in the country. It may be mentioned here that, in August 2006, BNP’s state minister for communication, Salahuddin Ahmed named a bridge in southern part of the country after Lebanese militancy group Hezbollah.

The junior minister and member of parliament for the district, said he had named it Hezbollah because of “our love for the Lebanese resistance group.”