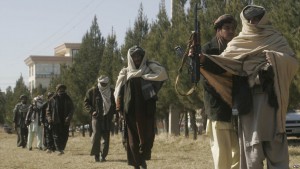 Geo-political threats have forced proponents of two opposite ideologies to seek each other’s support. While the US remains the BIG SATAN for Iran as well as Afghani Taliban, the rising presence of ISIS has forced the Taliban to look towards Tehran for support.

Sharing the same religious philosophy, Afghan Taliban are stressed over losing power to ISIS, which is gaining popularity in the region.

Sources monitoring the developing situation vis-a-vis Afghan Taliban and Iran nexus, told a media outlet on condition of anonymity that an 11-member delegation led by Mullah Akhter Mansoor recently visited Tehran to evaluate as to how Iran can provide support to Afghan Taliban in fighting US forces.

“The Afghan Taliban delegation held a series of meetings with the senior officials of the Iranian foreign office and leaders of Iranian Revolutionary Guard,” a source said, adding, “the delegation also met with representatives of the Iranian supreme political leadership.”

According to the information pouring in about these meetings, the sources said that the two sides held discussions on the emerging situation in Afghanistan. “The Afghan Taliban delegation also requested the Iranian leaders to allow them to set up political office in Tehran in order to facilitate their political and diplomatic activities with other countries as well,” a source said.