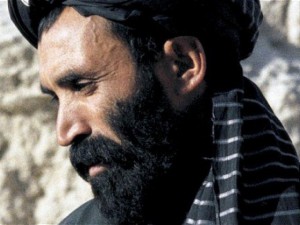 The Afghan Taliban released on Sunday a biography of their reclusive leader Mullah Mohammad Omar.

In hiding for 13 years, the Afghan Taliban supremo disappeared after US airstrikes dislodged the Taliban regime in Afghanistan in 2001.

The biography comes amid rising speculation over the elusive leader’s whereabouts and whether he is still alive and able to lead the militant group. Further, there have been reports of  growing frustration within Taliban ranks over the lack of leadership by Omar, particularly in light of Islamic State’s growing popularity.

The Afghan Taliban chief who has not been seen in public for more than a decade was last heard in 2007 – eight years ago.

However, if there were any doubts regarding his role in the Afghan Taliban, the biography cleared them.

“Mullah Mohammad Omar (Mujahid) is still the leader in the present hierarchy of the Islamic Emirate of Afghanistan,” the biography asserts.

“His deputy, the leading council, judiciary, nine executive commissions and three other administration organs are active under his leadership which form the warp and woof of the present setup of the Islamic Emirate,” it added.

The Afghan Taliban chief’s biography was released on April 4, 2015 — the 19th anniversary of the organisation’s rule. Around 1,500 Taliban scholars who declared Mullah Omar as “Amir-ul-Momineen” (Leader of pious people) were present at the gathering.

“Under present conditions of regularly being chased by the enemy, no major change and disruption has been observed in the routine works of Mullah Mohammad Omar (Mujahid) in following and organising the Jihadi activities as the leader of the Islamic Emirate,” the biography said.

The biography which was issued in English, Urdu, Pashto and Dari further claimed, “He (Omar) keenly follows and inspects the Jihadi activities against the infidel and brutal foreign invaders.”

“In organising and reshuffling the Jihadi and military issues, he delivers his orders in a specific way to Jihadi commanders.”

Further elaborating on how the elusive leader runs the organisation, the biography added, “He regularly follows Jihadi publications and other international media resources to judge his victories and likewise other issues against the foreign invaders. In this way, he remains in touch with the day to day happenings of his country as well as the outside world. These activities form his basic daily life in the present circumstances.”

Mullah Omar’s whereabouts are unknown though Afghan intelligence officials have on a number of occasions claimed Omar is hiding in Karachi. Meanwhile, former Afghan President Hamid Karzai has long claimed the Taliban supremo has been hiding in Quetta. However, the claim has been denied by Tehreek-e-Taliban Pakistan and Afghan Taliban officials.

His last audio message in 2007 addressed his commanders, ordering them to expel Taliban commander Mansoor Dadullah for killing Taliban men on suspicion of them spying on his brother Mullah Dadullah.

The feared commander Mullah Dadullah was killed by foreign and Afghan forces in southern Afghanistan in 2007.

Earlier it was reported that a growing number of militant commanders in Afghanistan and Pakistan were beginning to look towards Islamic State (IS) for inspiration, frustrated by Mullah Omar’s lack of leadership.

In Afghanistan, one militant commander said many have turned to IS. “Look, we have been fighting for years but we don’t have an inch of land in our possession in Afghanistan,” said the senior commander, who spoke from the province of Kunar.

“We have serious doubts about whether he (Omar) is alive at all … Abu Bakr al Baghdadi is visible and is leading his people,” the commander said, referring to the IS leader.

The Islamic Movement of Uzbekistan (IMU) which considered Mullah Omar as their “Ameer” switched loyalties to the Islamic State of Dai’sh a few days ago. The leader of the group in a video said Mullah Omar has not been seen in years and that it is declaring allegiance to Abu Bakar al-Baghdadi.