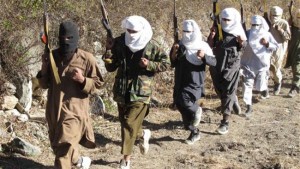 Members of the Afghan Taliban left Pakistan after warnings from the Islamabad authorities against using its territory to attack the neighboring country, official sources revealed.

The rebels began their exodus after the notice received, said to The Express Tribune an official who requested anonymity.

Kabul has consistently accused Islamabad authorities of giving shelter to the Afghan Taliban, which has always been denied by Pakistan, notes the newspaper.

However, it considers that the recognition about the presence of some members of this armed group on Pakistan by a senior official is unprecedented.

For the moment, we will not promote any initiative, said the source when asked on the peace process between the Taliban and the Afghan government, a project aborted after the death of Mullah Omar, spiritual leader of this formation.

We made these discussions easier, the first step should be given now by Kabul, he stressed.

The tension between the two neighbors escalated last week after an assault by the Pakistani Taliban against an air base near the city of Peshawar, which caused 42 deaths.

Several government officials and senior military officers said that the attackers came from Afghanistan, which was denied by Kabul.

On the contrary, early last month, President Ashraf Ghani blamed the Pakistani government for the attacks suffered those days by the Afghan capital, which left 56 dead.