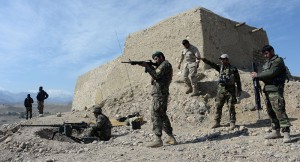 At least 25 Taliban insurgents have been killed by the Afghan security forces in the two most recent separate incidents, local authorities said on Saturday.

At least 13 insurgents were killed and 17 wounded in the Sar-e-Pul province, both from air and on the ground, according to governor spokesman Zabiullah Amani, cited by TOLONews broadcaster. The spokesman added that one Afghan security force member was killed and two others were wounded during this particular operation.

Afghanistan is in a state of political and social turmoil, with Taliban insurgents and other extremist factions such as Islamic State (IS), outlawed in Russia and many other countries, taking advantage of the instability in the country.