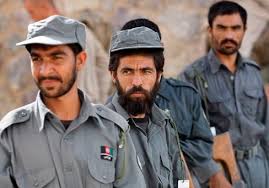 An Afghan official says police are refusing to go back on the streets of a volatile southern district under Taliban attack, claiming that promised government help has not yet arrived.

Karim Atal, the Helmand’s provincial council director, said that security forces are for now staying inside their base in Sangin district, where government forces have been fighting a Taliban takeover attempt for weeks.

Atal denied reports that police had fanned out from the base for a clearing operation in Sangin, an opium poppy-growing district producing a cash crop for the Taliban.

Taliban attempts to overrun Sangin peaked last week when fighters besieged the base, cutting off supply lines of troops, ammunition and food.

Reports later said that reinforcements, backed by US airstrikes, were subsequently deployed and broke the siege.