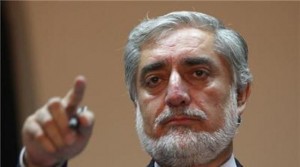 During a meeting with the commander of the NATO-led Resolute Support (RS) mission, Gen. John Campbell, Abdullah said targeting the top commanders and leaders of the anti-government armed militants will have a positive impact over security situation.

Abdullah also added that the Afghan security forces will continue to boost operations to target the senior militant leaders, according to a statement by the office of the CEO.

In the meantime, Gen. Campbell said NATO is engaged in a number of advisory and training programs with the Afghan security forces.

Gen. Campbell also added that the Afghan security forces have thwarted several attack plots by the militants are currently leading military operations across the country.