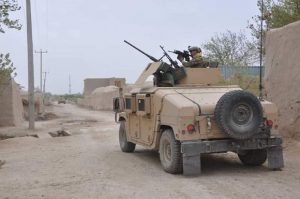 The Afghan forces killed or wounded at least 9 Taliban militants by repulsing an attack on security posts in northern Jawzjan province, like reported by khaama.com.

The 209th Shaheen Corps in a statement said a group of Taliban militants were planning to attack the security posts in Manjegak district of Jawzjan province.

The statement further added that the Afghan forces took necessary actions while being in a full defensive posture and killed 6 Taliban militants by launching an operation to repulse the attack.

The security forces also wounded 3 other militants during the operation, the 209th Shaheen Corps added in its statement.

The Taliban group has not commented in this regard so far.