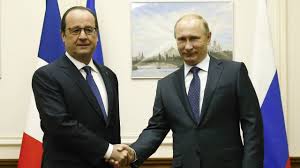 The Afghan government forces have killed 26 Taliban militants during operations across the country over the past two days, as Taliban attempted to overrun the strategically important Yamgan district in Badakhshan province.

According to the Interior Ministry, Afghan police backed by the army have killed over two dozen armed insurgents elsewhere in the conflict-plagued Afghanistan since Tuesday.

“Units of police backed by the army have carried out series of operations in Nangarhar, Laghman, Faryab, Kunduz, Uruzgan, Kandahar, Paktika and Helmand provinces over the past 24 hours. As a result 26 armed insurgents have been killed, 19 wounded and four others made captive,” the ministry said in a statement.

In another development, a 15-member Taliban group renounced violence and surrendered to the government in the eastern Kunar province on Wednesday, provincial governor said.

“Today, we warmly welcome our 15 brothers who denounced the hostility and joined the peace and reconciliation process. The government will spare no efforts to help them rejoin their families and provide them jobs,” Governor Wahidullah Kalemzai said at a ceremony to welcome the former fighters.

The surrendered group, which was active in Saokai district over the past couple of years under the command of Akhtar Mohammad, also handed over 15 pieces of weapons to police.

Taliban militants who have intensified activities are yet to make comment on government claims about killing militants in Kunar province.

Meanwhile, the Taliban group in a fresh attempt to consolidate their positions in the northern Badakhsan province launched massive offensive in the strategically important Yamgan district Wednesday morning.

Nazari also warned the district might collapse if the government failed to send reinforcement.

Meantime, Zabihullah Mujahid, a self-proclaimed Taliban spokesman, confirmed the clash in Yamgan district and capturing grounds near the district headquarters, a claim rebuffed by the official as baseless.

Both the government and militants, according to Afghan observers, would do their best to gain more grounds and consolidate their positions ahead of snowfall in the mountainous country.