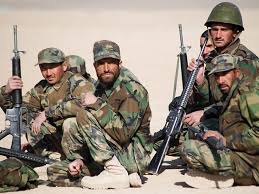 At least 18 Taliban militants have been killed and several others injured as clash for the control of Sangin district in the southern Helmand province has been continuing, a security official said Friday, according to xinhuanet.com.

Afghan forces backed by fighting aircrafts launched major offensive to evict militants from the key district Sangin, have also destroyed five hideouts of the Taliban outfit over the past couple of days, said the official who wanted to go unnamed.

“Taliban notorious commander Mullah Furqani is also among those killed in the crackdown.

Taliban militants who have been fighting to overrun Sangin district and exert pressure on provincial capital Lashkar Gah, a key town in the western region, are yet to make comment on the situation.