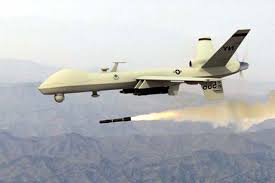 Ahmad Zia Abdulzai, spokesman for the governor of Nangarhar province, says the strikes took place late on Wednesday night. He says both took place in Haska Mina district near the border

Abdulzai says the district is adjacent to Pachi Agam district, where militants are active.

A statement from the U.S. military in Afghanistan confirmed a “kinetic strike” in Nangarhar against what it says were “individuals threatening the force.”

Abdulzai says no civilians were killed or wounded.

Nangarhar has seen heavy fighting in recent months between militants purported to be from the Taliban and the Islamic State group, battling for control of trade routes.