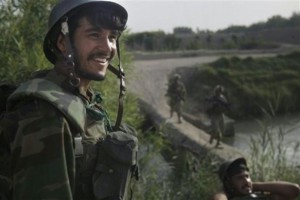 The Afghan Defense Ministry on Wednesday said that 58 Taliban militants have been killed in cleanup operations in 10 provinces out of the country’s 34 provinces.

“Within the past 24 hours, 58 terrorists were killed, 38 wounded as a result of cleanup operations … while army personnel seized weapons and ammunition in addition to defusing several landmines and roadside bombs,” the ministry said in a statement.

About five army personnel were killed by separate cases of heavy firing and landmine explosions over the same period, the statement confirmed.